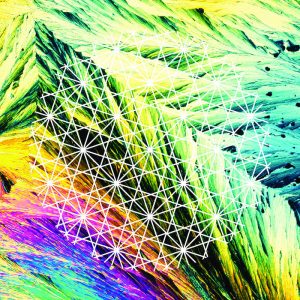 In 2013, when the ever expansive, experimental and often mind-melting label Rocket Recordings turned 15 years of age, it chose to celebrate by releasing a compilation LP ‘Crystalized’. It wasn’t a greatest hits or any kind of retrospective collection but an LP that embodied the labels ethos and sense of forward propulsion, it was one stuffed to the brim with new material from artists who already call the label home, such as Goat, GNOD and Teeth of the Sea, and some of the label’s future stars and Italian afrofunk-space-psych purveyors the Lay Llamas are one of those future stars.
The Lay Llamas consist of the Sicilian-born and raised but now Rome-based duo of Gioele Valenti and Nicola Giunta, who are now set to release their debut album ‘Ostro’ this May on Rocket. Recorded in an old-house in the Segesta countryside of Sicily, Valenti and Giunta soaked up the history-imbued environment. The makeshift studio was located alongside the great Temple of Hera that dates all the way back to 6th century BC “We’ve been so influenced by the place’s mood, with that ancient presence in the air” says Valenti. These recording sessions have resulted in a heavily layered album, filled (but not clogged) with various instrumentation from the expected guitars, bass, synth and drums to the more unexpected sounds of Tibetan Bells and Ukulele.
Like any successful duo, harmony and contradiction are equally important artistic traits in their working relationship. Between the two they take in a continent-leaping, platform-splitting array of personal influences that then seeps into their lysergic output. Purely on a musical level there is a joint love of artists such as Ennio Morricone they then split off into the structured and the song heavy (Angels of Light, Nick Drake, Mike Scott) to the rhythmic, both the hypnotic and groove-laden sort (Fela Kuti, Broadcast, Sun Araw, Kraftwerk). Italian tradition plays a pivotal role too with the creeping tones and floating atmospheres of 60’s and 70’s Italian library and soundtrack music playing a subtle supporting-role.
This breadth of personal influences can be found in the emphasis of ‘Ostro’, it’s a constantly shifting record, never remaining stuck or fixated on anything for too long. Much like the travelling wind that the album takes its name from “It came from a dream of mine. A weird guy I’d never seen before says to me: “Your album title will be OSTRO!”. It soon transpired that it’s a wind that blows straight from Africa to the Mediterranean sea, north towards Sicily. A coincidence too great to ignore they felt, “Only a few days later, I remembered I heard that word from the fishermen in Selinunte (the village where I come from). They said ostro blows on Sicily only few times during the year.” A sense of place has always played an integral role for the duo, “everything I play is influenced by the place I live” says Valenti, while Giunta has lived in Spain, Italy and the UK all within the last six years, meaning every city and every new home has had an altered home studio set-up to reflect the change in place and equipment.
Crossing continents, be it musically, stylistically or physically, seems to be something the pair return to over and over again, the subtle radiations of Africa that can be heard on the record are no accident, “I think that Sicilians are more like Africans than Europeans in some way. We have almost the same weather and architecture. We feel in our soul the same feeling of all Mediterranean people – a fatalistic instinct of drama. But in our music, Africa is such a metaphysical place, not so geographical, such a map on the sheet of the soul, connecting with ancient rites of Sun, different levels of enlightenment; a sense of a mystical path to follow.” Valenti offers.
“A mystical path to follow” is perhaps the most apt description of ‘Ostro’. Whilst the duo work from a shared vision that places keen focus on stream-of-consciousness approaches or, as Valenti puts it “A prismatic panorama, or well, a BRAINMATIC PANORAMA!” there really is an ambiguity, an uncertainness and a sense of the unknown, the otherworldly and the mystical when traversing through the vast spheres of the record. The pair’s own descriptions of some of the album’s tracks are testament to the sprawling, shifting, mass of it all “Suicide and Oneida dancing together around a big campfire” – “Pagan post-punk!” – “a slow march for psychedelic warriors on the unknown planet” – “gospel-dub” – “A bad trip”. And a “trip” it certainly is, some records aim to exist by not coming from a particular place but to exist in the transitions and journeys in-between them. Be them real, mystical or imaginary, present or past, the focus is on the movement rather than the end destination and the Lay Llamas’ debut album ‘Ostro’ is most certainly one such record. – Rocket Recordings