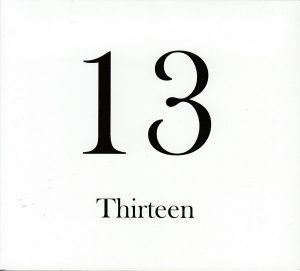 Keith Rowe and Michael Pisaro are likely names that require no introductions, so I’ll keep it brief (although they both have their own long and interesting histories): Rowe has been one of the most prominent figures in free improvisation for 6 decades and counting, with a career starting with the historic AMM group. Pisaro is likely the most famous composer to emerge from the international Wandelweiser group, a group of composers focused on the role silence plays in music and post-Cagean composition, although he has broken out of that role as a prominent avant-garde musician over recent years. They are likely the two most popular musicians releasing music on Erstwhile Records today, and have both become integral parts of the label’s aesthetic. Both artists had independently released their own mammoth works which exceed the 2.5 hour runtime of “13 Thirteen” on Erstwhile Records just last year (Rowe’s 4 hour solo “The Room Extended” and Pisaro’s piano work collection “The Earth and the Sky”, which isn’t much shorter), so it comes as a shock that this album feels larger and more exhausting than either of them.